Schedule a Chimney Sweep for the New Year

Fireplace and chimney experts, like the National Fire Protection Association, mandate having a professional chimney sweep performed every year. For fireplaces that experience heavy use, like use as a regular source of heating, should be swept even more often than once per year. Although it may seem like these rules were formed arbitrarily to lengthen your to-do list, having a regular chimney sweep is vital to the safety of your home and family. If you have not had a sweep done within the past year, make it a New Year’s resolution to have one performed as soon as possible.

Chimney sweeps serve a couple very crucial functions, the first of which is the removal of creosote. Burning wood always results in the production of creosote, a black and tarry substance that rises through the chimney with smoke and clings to the interior as it cools. One issue with creosote is its acidic nature, which begins to deteriorate the chimney immediately upon contact. Allowing creosote to sit on the chimney lining can degrade the structure over time. Another issue caused by creosote is a possible obstruction of the air flow through the chimney. Creosote builds upon itself every time a fire burns in the fireplace, and over time it can even block the chimney completely. A third problem with creosote is its high flammability. A stray spark can ignite the substance, resulting in a chimney fire, and since creosote burns at a temperature several times higher than a wood fire, it can be nearly impossible to extinguish. Luckily, all of this can be avoided with an annual chimney sweep.

Additionally, chimney sweeps serve as a search for and removal of any obstructionsin the chimney. Lots of unusual debris can end up in the chimney, but a particularly common culprit is an animal and its nest. During the cold weather, animals view the warm chimney as a great place to escape the elements. Unfortunately, this means problems for you. When the chimney is obstructed by an animal and its nest, the smoke and other toxic gases produced by the fire cannot vent properly. This leaves no choice for the fumes but to seep back into the home. Smoke contains poisonous gas like creosote, which can cause cancer and birth defects, and carbon monoxide, which can cause asphyxiation in high enough concentrations. The bottom line is to avoid this risk by scheduling a chimney sweep.

If it has been over one year since your chimney last saw a sweep or you suspect it could use a good cleaning, schedule a New Year sweep right away. In the Louisville, Kentucky area, contactAll American Chimney Service, LLCto speak with a professional and set up a chimney sweep appointment. 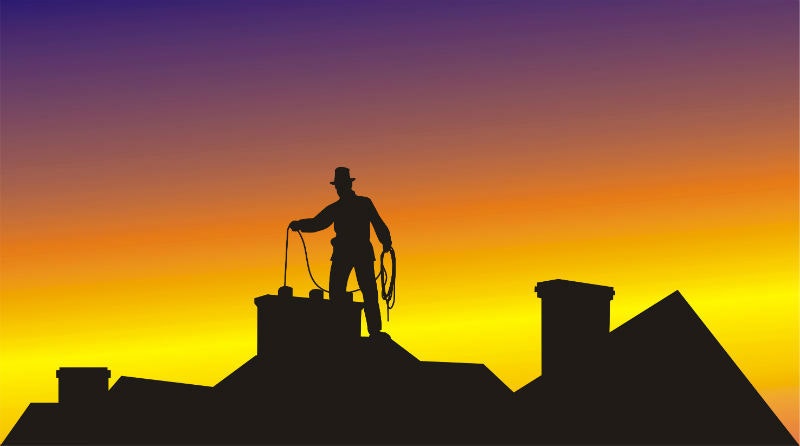