Birds in Your Chimney? 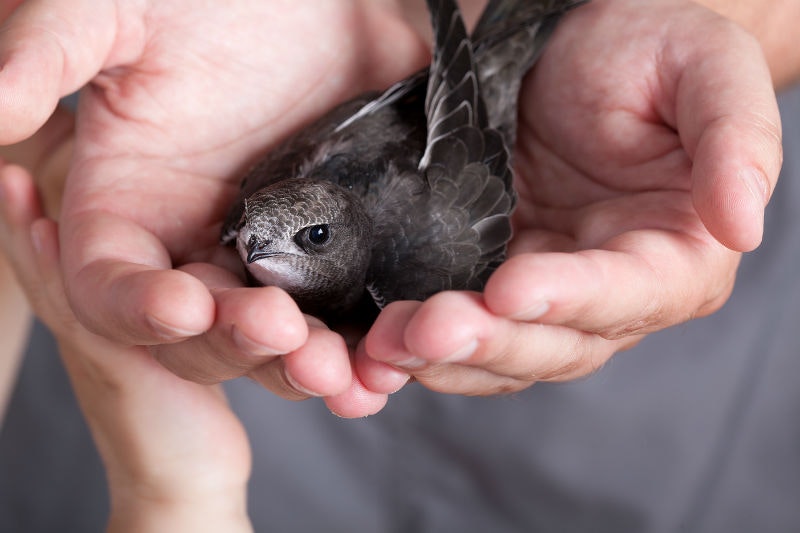 There is one particular kind of bird that chimney owners need to know about — Chimney Swifts. They are the birds that dwell in your chimneys and call it home. The nests that people usually see inside the chimney are the ones made by these federally protected.

Chimney Swifts are birds with cigar-like structures and are usually up in the sky spreading their wings and sweeping insects that come their way. They are unusually small and spend most of their life airborne and only spend the night when roosting and nesting. What’s interesting about this species also is that, when in land, it cannot perch. So instead, it clings to chimney walls and rooftops. This is because of its long claws that were specifically designed to keep them clinging to vertical strands.

They usually linger in groups during the winter months which is their nonbreeding season. When they do breed, they nest in pairs. They also welcome other birds to nest with them or otherwise. It has a fascinating and unique set of saliva glands that glue itself to the brick walls of the chimney. Yes, you guessed it! They live in areas that are heavily populated with chimneys like areas in the United States, Canada and other cold climate areas.

Werecommend theinstallation of chimney capsto prevent Chimney Swifts from entering the chimney which could cause blockage and eventually lead to bigger problems. A chimney cap will surely help you as a homeowner and even for the birds as well. Once, you have a chimney cap installed, it does not only protect you from Chimney Swift blockages, but can also limit the water that seeps in and accumulates inside your chimney walls.

If you see or hear evidence of these birds in your chimneycontact wildlife professionalsto ensure compliance with theMigratory Bird Treaty Act.Don’t try to handle this on your own.